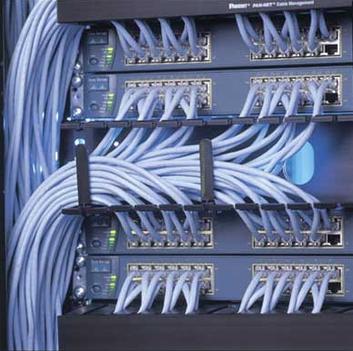 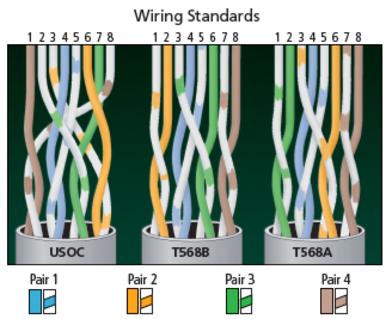 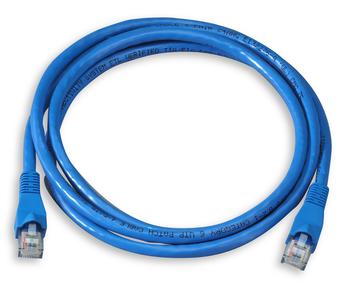 In Canada, the CSA has published CAN/CSA-T529-95 "Telecommunications Cabling Systems in Commercial Buildings" (T529). Once again, this CSA standard is a reprint of ANSI/TIA/EIA-568-A, an earlier version of the equivalent American standard 568-B referenced above.However, the CSA standard has not been updated since 1995 and CSA has withdrawn it. Accordingly, TIA/EIA-568-B is to be used. Once again, it should be adjusted, as needed, to meet requirements of Canadian codes, although it is highly unlikely that such adjustments will be required.

This standard covers both components (such as cables and jacks) as well as installation methods - if the components are poorly installed, they will not deliver the capacity expected of them. The standards also prescribe a "star" topology with the same telecom rooms being used for all telecom services (including voice and data), and set limitations on maximum cable lengths.

Structured cabling design and installation is governed by a set of standards that specify wiring data centers, offices, and apartment buildings for data or voice communications using various kinds of cable, most commonly category 5e (CAT-5e), category 6 (CAT-6), and fiber optic cabling and modular connectors. These standards define how to lay the cabling in various topologies in order to meet the needs of the customer, typically using a central patch panel (which is normally 19 inch rack-mounted), from where each modular connection can be used as needed. Each outlet is then patched into a network switch (normally also rack-mounted) for network use or into an IP or PBX (private branch exchange) telephone system patch panel.

Lines patched as data ports into a network switch require simple straight-through patch cables at each end to connect a computer. Voice patches to PBXs in most countries require an adapter at the remote end to translate the configuration on 8P8C modular connectors into the local standard telephone wall socket. No adapter is needed in the U.S. (and Canada) as the 6P2C and 6P4C plugs are most commonly used with RJ11 and RJ14 telephone connections. It is common to color code patch panel cables to identify the type of connection, though structured cabling standards do not require it except in the demarcation wall field.

Cabling standards demand that all eight conductors in Cat5/5e/6 cable are connected, resisting the temptation to 'double-up' or use one cable for both voice and data. IP phone systems (VOIP), however, can run the telephone and the computer on the same wires. Network cabling standards are used internationally and are published by ISO/IEC, CENELEC and the Telecommunications Industry Association (TIA).